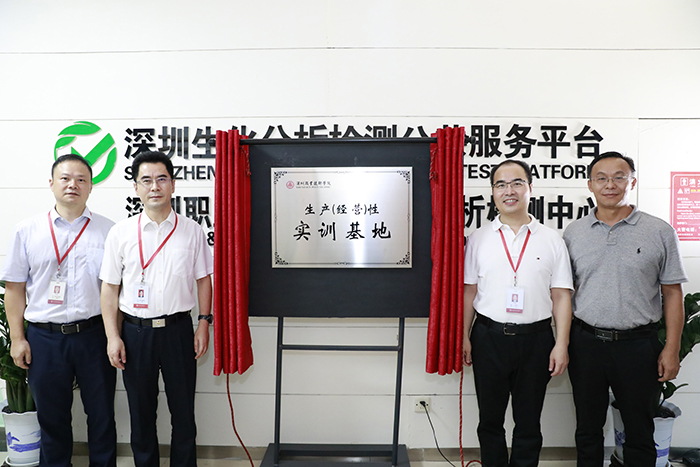 The Biological & Chemical Test Center of Shenzhen Polytechnic, formerly known as Shenzhen Biological & Chemical Analysis and Testing Public Service Platform (a project funded by the Development and Reform Commission of Shenzhen Municipality), was established in 2012. With an area of 660 square meters, the Center is based in the School of Food and Drug, Shenzhen Polytechnic (Liuxiandong Campus) and has more than 200 pieces of testing equipment, such as liquid chromatography–triple quadrupole mass spectrometers, gas chromatography-mass spectrometers, inductively coupled plasma–mass spectrometers, atomic absorption spectrometers, ultra-performance liquid chromatographic instrument, and gas chromatographs, with a total value of more than RMB 17.7 million. The Center has a strong technical term of 18 staff members, including ten with doctor's degrees and four with master's degrees. In recent years, the Center has undertaken more than 20 vertical projects at the national, provincial, and municipal levels, and more than 30 projects entrusted by enterprises and institutions, with a total research fund of over RMB 10 million. The Center, which was certified by CMA in 2020, is a non-independent third-party testing organization that delivers analysis and testing services for harmful substances such as organic pollutants, pathogenic microorganisms, heavy metals, and residues of pesticides and veterinary drugs, as well as food additives, food nutrients, and Chinese medicine ingredients. The Center also provides a platform for practical teaching, graduation internships, and competition training for students of Shenzhen Polytechnic.

Inauguration of Productive Training Base 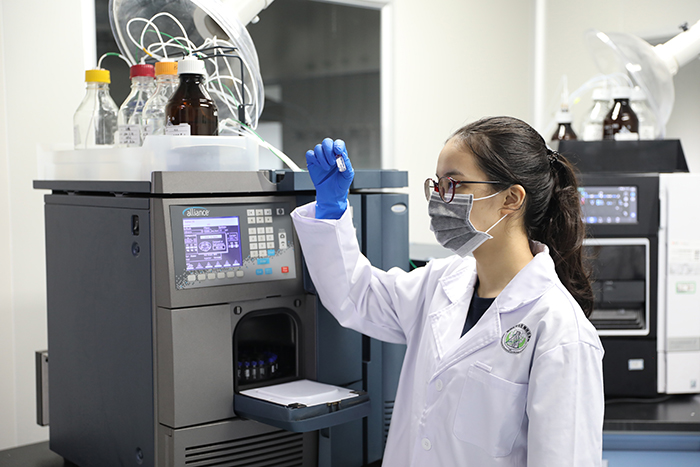 Training Centre Work Chart
Symposium of the Institute of UEET